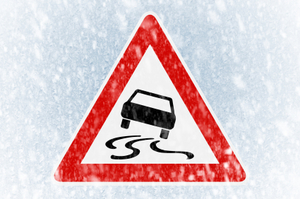 The Department for Transport today (21 December 2015) unveiled a raft of measures to improve the safety of Britain’s roads. The proposals will ensure learner drivers are properly prepared before their test, including the chance to gain motorway experience with an approved driving instructor. This follows plans announced last month to introduce a deposit which is returned to the learner driver if they pass, encouraging them to take their test when they are ready.

Other measures to take priority in the government’s plan for road safety include funding to train the next generation of cyclists and extra money for police forces to crack down on drug drivers.

The plan outlines how the Government is delivering on its commitment to reduce the number of people killed and injured on our roads during this Parliament.

Driving for Work: Drink and Drugs

To coincide with the Anti Drink/Drug Driving Campaign that launched on 1st December, RoSPA Wales have produced their second ‘Driving for Work’ factsheet which this time focuses on drink and drug driving.

Driving for Work: Drink and DrugsAs the festive season approaches, and with the inevitable increase of office parties as well as family celebrations, there is a need to remind people of the dangers of drinking or taking drugs and then driving – including the morning after.

In 2014 there were 3015 convictions in Welsh Courts for drink/drug driving. With a minimum 12 month driving ban, an unlimited fine, and a criminal record this could have a significant effect on employees as well the companies they work for. Driving while unfit through drugs, whether illegal, prescribed or over-the-counter medicines, is an offence that carries the same penalties as drink driving. The Police can, and do, conduct roadside tests to help them assess whether a driver may be impaired.

The month-long winter campaign, launched in Cwmbran today, will start on December 1 and will see an increase in the number of roadside breath tests.

ACC Julian WilliamsLast year in Wales a total of 30,718 people were tested as part of the campaign with 488 returning either positive results or refusing to take the breath test.

Number of Drivers in Court Over Motoring Offences Increases

The number of drivers prosecuted for motoring offences by magistrates grew by 8% last year, figures have shown.

However, the latest annual figures of fixed penalty notices issued in Wales - 77,000 - dropped by 17%.