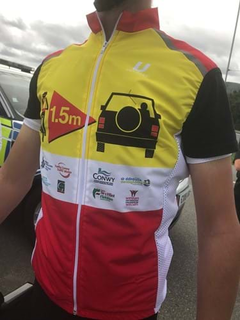 Specialist gilets are to be given to vulnerable cyclists in North Wales thanks to the latest road safety initiative by North Wales Police, the six local authorities and the Welsh Government’s Traffic Wales service.

The bright gilets will be distributed by officers from the Roads Policing Unit to cyclists who are spotted wearing dark clothing. The back of the gilets displays the 1.5 metre logo - the distance required when passing a cyclist at 30mph.

Sgt Trystan Bevan said, “Since the coronavirus lockdown, we have seen an increase in the number of people using our roads for cycling. Now more than ever, we urge motorists to give cyclists, and other vulnerable road users, especially children, plenty of space. 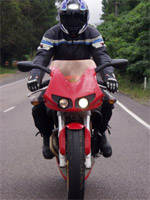 Police in Wales are using live data to track the busiest areas across Wales as six times more bikers take to the roads over summer weekends.

Technology under trunk roads across Wales is feeding police with patterns of vehicle movements as they happen, allowing officers to be strategically placed at traffic hotspots.

Figures issued by Dyfed-Powys Police show that over the past two weekends, there have been six times more bikers on the roads compared with weekdays.

Motorists, cyclists, pedestrians and businesses have started using a new two-way road system in Swansea city centre, which has opened as part of an ongoing Swansea Council regeneration project.

The £12m Kingsway Infrastructure Scheme has brought more cross-town traffic options, expanded areas for those on foot and bicycle and provided a greener, more people-friendly environment for all to enjoy.

The new-look Kingsway is designed to help attract people to existing businesses and to encourage new businesses into the city centre.

Bikers Clocked at 127mph During Police Operation in Brecon 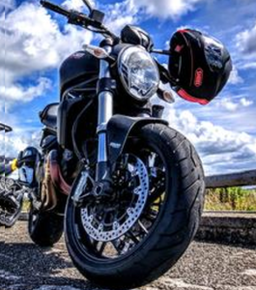 Fourteen people were caught speeding during a police operation near Brecon last Sunday, with two bikers recorded riding at a staggering 127mph.

Officers targeted the A470 Brecon bypass following a number of complaints from residents about speeding, with shocking speeds recorded during the day.

Lee Waters, Deputy Minister for Economy and Transport, is determined to grasp an opportunity for change and make sure people continue to ditch the car in favour of cycling or walking when the coronavirus pandemic is over.

Today, the Welsh Government has announced £38 million to make Wales a safer place to cycle, scoot and walk.

Together with the £15.4m announced last month, this is the largest ever investment in local active travel improvements in Wales, which will fund projects to make it safer for children and adults to get to school or work on foot, bike or scooter.

To promote the Fatal 5 message, schools, colleges and youth organisations were recently invited to devise, perform and record a short film that will warn of the dangers and consequences of drink/drug driving, excess speed, careless driving, not wearing a seatbelt and using a mobile phone whilst driving.

We can now announce that Naomi Charnley, Pembrokeshire College and Mabli Griffiths, Crickhowell High School have been chosen as winners!

Both will receive £250 for the school or college that they represent along with a commemorative plaque. The winning entries will be shared on Road Safety Wales Partner social media channels to help raise awareness about the Fatal 5.

Wales Leads the Way on Reducing Speed to Save Lives 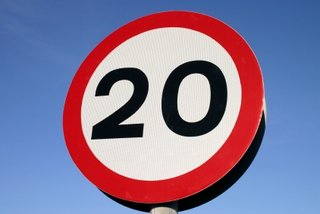 Lives can be saved across Wales by reducing default speed limits from 30mph to 20mph, says Deputy Minister for Economy and Transport Lee Waters. The Deputy Minister has introduced an independent report recommending that Wales becomes the first nation in the world to adopt the bold new measure by 2023.

The result of a year-long study by a taskforce made up of police, local authorities, public health experts and other key partners such as road safety groups, the report makes 21 practical recommendations for implementation across Wales.

Lee Waters said, “Eighty children were killed or seriously injured in Wales in the last year for which we have figures.

Driving Lessons to Restart in Wales from 27 July

The Welsh Government has confirmed driving lessons will be able to take place in Wales from 27 July.

Theory tests will restart on Monday 3 August, along with vocational, motorcycle, car and trailer tests, and tractor driving tests.

Car driving tests will start from Monday 17 August, as well as the restarting of driving instructor testing and standards checks.

Face Coverings to Be Made Mandatory on Public Transport in Wales 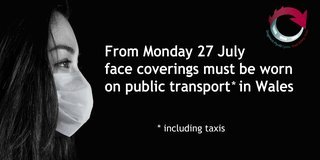 First Minister of Wales, Mark Drakeford has announced that face coverings are to be made mandatory on public transport in Wales from Monday, 27 July.

At the Welsh Government’s daily coronavirus briefing, Mark Drakeford said, "For the sake of simplicity and consistency, as well as being part of our plan to help reduce the risk of transmission while on public transport where it is not always possible to maintain a two metre physical distance, it will become mandatory for people to wear a three-layer face covering while travelling - this includes taxis.

"Our decision to make face coverings mandatory on public transport is a combination of the fact that we know as the economy gets back into operation more people will need to use public transport to go to work and for other purposes, and when more people need to use confined spaces then additional protections need to be introduced in order to overcome the fact that two-metre social distancing will not always be possible." 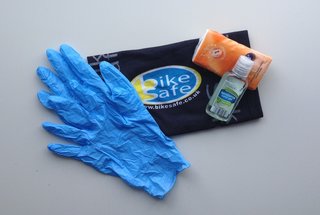 Now that the Welsh population is permitted to travel further afield that 5 miles from home, this weekend, many motorcyclists will undoubtedly be looking forward to their first significant ride for months.

As well as the usual safety precautions to avoid collisions and breakdowns, a new blog from Wales By Bike has highlighted some extra issues to consider to help prevent the spread of COVID-19.

Ways to keep yourself safe: