Kerbcraft is a road safety scheme which teaches children how to be safer pedestrians. Funding within Torfaen is provided by the Welsh Government and Torfaen County Borough Council, and the council is currently asking drivers to assist with the training.

During the 10-12 week course, road safety officers and volunteers take primary school children out to real roads and show them how the right decision-making and behaviour can really help them to keep safe. The children learn skills including how to choose safe places and routes to cross the road, crossing safely near parked cars and crossing safely near junctions.

Lesley Rosser, Child Pedestrian Training Co-ordinator for Torfaen, said, “We train more than 1,000 children per year across the borough, and in late September we started training 17 primary schools. A programme of activities is taking place across Carmarthenshire during Road Safety Week, coordinated by Brake the road safety charity.

The aim of the week – which is being held between November 18 and 24 - is to raise awareness of road safety issues, and in particular what we can all do to make our roads safer and reduce the number of accidents.

The council’s road safety team has organised various events from walk to school initiatives, Kerbcraft - child pedestrian training, and training on what to do if you are first on the scene to a motorcycle collision. 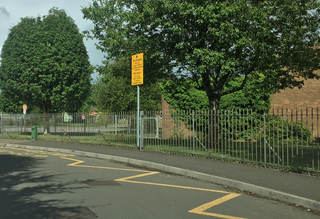 Government To Close A Legal Loophole To Improve Safety

The government has confirmed it will close a legal loophole which has allowed drivers to escape prosecution for hand-held mobile phone use while behind the wheel.

Transport Secretary Grant Shapps, has announced that he will urgently take forward a review to tighten the existing law preventing hand-held mobile use while driving.

At present, the law prevents drivers from using a hand-held mobile phone to call or text. However, people caught filming or taking photos while driving have escaped punishment as lawyers have successfully argued this activity does not fit into the ‘interactive communication’ currently outlawed by the legislation.