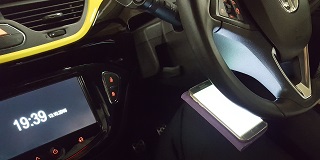 In September, it was widely reported that the penalty was to double from three points and a £100 fine - a decision that was confirmed by today’s response.

Also confirmed in today’s response is that the DfT will launch a THINK! campaign highlighting the dangers of using a mobile phone while driving. The campaign will aim to raise awareness of the changes in order to stimulate a change in behaviour that road users are looking for.

The DfT is also planning to conduct a roadside observational survey to monitor the effectiveness of the changes. The department says this will help it consider whether further measures need to be taken, for example further behaviour change programmes such as a larger scale awareness campaigns.

The increase in penalty points would mean an immediate ban for newly-qualified drivers who have a ceiling of six points for the first two years after passing the test.

Novice drivers (those who passed their test in the last 2 years) have their licence revoked by DVLA once they reach 6 points (rather than the usual 12 points ) under the New Drivers Act. To regain their licence they must reapply for a provisional licence and pass a further theory and practical driving test. The new proposals mean novice drivers will face revocation of their licence upon their first mobile phone use offence.

The evidence shows that young drivers are the most likely group to be observed using a mobile phone while driving . The majority of novice drivers are young people, below the age of 25, and, although it is recognised that this group will be disproportionately impacted, they are also more likely to offend in the first place . Targeting this group with relatively higher penalties is thus likely to lead to greater behavioural change and more positive road safety outcomes.