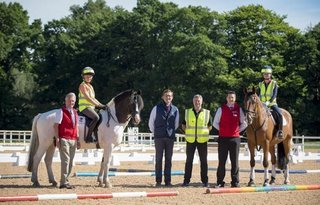 The new award follows the launch of the BHS’s 'Dead Slow' campaign, which urges drivers to slow down to 15mph when they meet a horse and rider on the road.

Alan Hiscox, BHS director of safety, said: “Ride Safe is the foundation of the BHS’ new Equine Excellence Pathway, aimed at all riders, of any age and ability.

“Just like the Bikeability certificate, we want to encourage all horse riders to take the award before they go out on the road.”

Phoebe Peters said: “Ride Safe and the new Equine Excellence Pathway are designed to benefit equine enthusiasts of all ages and abilities, whether you want to enjoy hacking safely or succeed at the top levels of horse sport as a rider or groom or coach.”