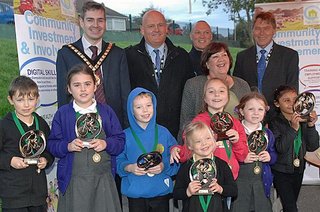 To build on this success a new partnership has been formed between Vale Homes, Sports and Play Development and Pedal Power, a cycling charity based in Cardiff.

Vale of Glamorgan Mayor Cllr Leighton Rowlands said: “It was fantastic to see so many children take part and the club is going strength to strength, and I even decided to have a go on a bike myself to join in with them.”

Barry Bike Club will re-start in April 2019 along with a new club which will be launched in St Athan.