Investing in low emission vehicles and creating a more resilient transport system are amongst the initiatives benefitting from £74m of Welsh Government funding to provide better, more environmentally friendly transport.

The funding, which has been announced in the Welsh Government’s budget, will take Wales further down the path to a clean, green transport network and help address the challenges of climate change.

The 2020-21 budget is the first since the declaration of a climate emergency in Wales. Spending commitments include: 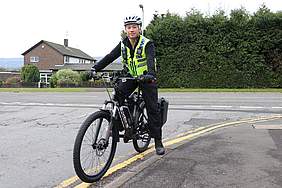 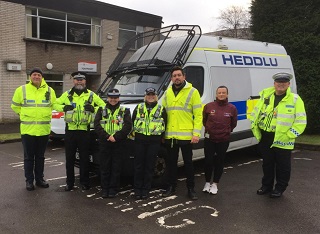 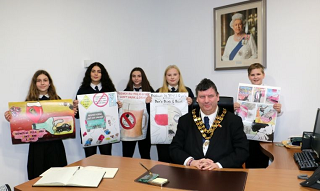 Bedwas High School has once again, been announced as winners of the Anti-Drink Driving Poster Competition.

Every year, Caerphilly County Borough Council’s Road Safety Team arrange a competition to encourage pupils to raise awareness of the risks drink driving by designing posters. Bedwas High School has continuously presented exceptional pieces of work and this year is no different with Zac Idz claiming first place and Katie Wilcox, Tegan Fletcher, Lilly Elias and Harriet Merrett all being runners up.

The competition ran from September 19th to November 4th with several secondary schools participating; the Engineering Team and Road Safety Officer, Susan Davies then selected the winners. The pupils were also invited to meet the Mayor where they received prizes from Cllr Julian Simmonds, Mayor of Caerphilly Council for their excellent artwork that depicted how drink driving can adversly affect people’s lives.  The posters are on display at Ty Penallta and the winning entry will be used on the Council’s social media pages to promote the Gwent Police Anti-Drink Driving Campaign.’ 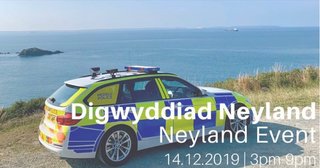 Police and partners are holding an event at Brunel Quay, as part of a wider plan to tackle anti-social driving concerns in Neyland. It is hoped the engagement will break down barriers between drivers, residents and police.

Sergeant Justin Williams of Pembrokeshire Roads Policing Unit, said, “The number of complaints about anti-social driving has risen recently and we are trying to look at the issue differently. We know not all car enthusiasts and car cruisers are ‘boy/girl racers’ and we don't want to stop such enthusiasts from enjoying their vehicles, as long as this is done safely and in a considerate way.

“This is aimed at being a friendly event where car enthusiasts can engage with the police and other agencies, with a view to gaining a better understanding of local community concerns. I hope that by having conversations about the effect of anti-social driving, it will help curb the problem." 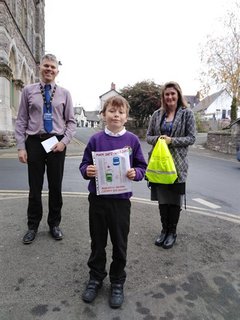 A clampdown on anti-social parking outside schools has taken place in Denbighshire, with Council officers carrying out spot checks at schools and speaking to a number of motorists about road safety.

Emlyn Jones, Denbighshire County Council’s Head of Planning and Public Protection Services, said, “I’d like to thank all the pupils, teachers and parents who engaged with Road Safety Week in Denbighshire. The campaign to raise awareness was a success and helped spread the message that anti-social driving and parking around the county’s schools puts children’s lives in danger. 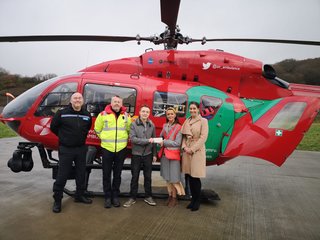 GoSafe’s Legacy Project gives a voice to people who have been affected by serious or fatal collisions on the roads of Wales. The project aims to share their experiences and stories to positively influence the behaviour and attitude of road users.

As part of the launch event held in September, GoSafe hosted a charity auction in aid of the Wales Air Ambulance, whose dedication, professionalism and swift response plays a major role in saving countless lives. Wales Air Ambulance is run solely on donations and receives no state aid. A total of £1,145 was raised during the evening, and today members of the GoSafe team presented a cheque at the charity’s base in Llanelli.

Five families from across Wales have shared their powerful stories with GoSafe as part of the 2019 Legacy Project.