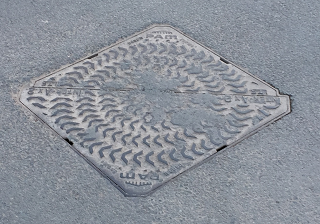 “There could be very serious injuries if people fall into spaces which previously been covered over.

“Also, of course, there will be a considerable cost to the authority in terms of replacement and work hours spent finding exactly where these thefts have taken place and carrying out re-instatement.

“This is an extremely alarming spate of thefts and those behind it have created a real public safety issue. We would like anyone who may have seen people acting suspiciously in the Old Aberavon area to contact their local police.”