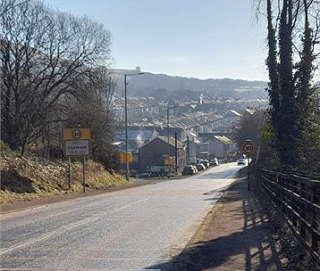 Local residents and road users are advised that the new 20mph speed limit will come into force once the relevant signage has been erected – this is expected to be completed during the early weeks of the scheme.

Implementation of the scheme will require localised traffic management at various locations and stages of work, in order to make progress and to protect the workforce. Every effort will be made to minimise this disruption to the local community.

Councillor Andrew Morgan, Leader of Rhondda Cynon Taf Council and Cabinet Member with responsibility for Highways and Transportation, said: “The upcoming work in Cilfynydd represents the latest Safe Routes in Communities scheme to be delivered in Rhondda Cynon Taf, which in recent years have improved safety and enhanced walking provision in a number of localities. The Council has welcomed full funding from Welsh Government, and residents will now see activity to deliver the improvements throughout Cilfynydd from Monday.

“Schemes delivered in recent years have included improvements for Cwmaman, Tonypandy, Tonyrefail and Treorchy in 2018/19 alongside the significant education investments through 21st Century Schools – while similar works were delivered in Llwynypia and Abercynon in 2020. The Council is also currently proposing a further scheme for Llantrisant, and residents were invited to have their say on those specific proposals in a process which recently closed on February 8.

"The work in Cilfynydd will last up to eight weeks, although some elements of the scheme will be delivered sooner – such as the new 20mph speed limit. I’d like to thank local residents in advance for their cooperation, as the scheme will include some local traffic management in order to safely deliver the work.”