Even on Short or Familiar Journeys – Belt up! 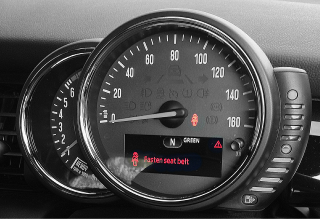 One of the most basic things vehicle occupants can do to increase their safety when on the roads is to wear a seatbelt. Something we’ve all done so many times, it’s become second nature and we hardly think about it. But that small, simple task at the start of every journey can make a huge difference in the event of a collision.

Seatbelts are highly effective in protecting vehicle occupants and significantly reduce the risk of being fatally or seriously injured in a crash in conjunction with other in-vehicle safety systems.

GoSafe and colleagues across all four Welsh Police Forces will be taking part in the National Police Chiefs Council (NPCC) Seatbelt campaign, which will be taking place across the UK between 31st May and 17th June. The aim of the campaign is to raise awareness and reduce death and injury caused by not wearing seatbelts on the roads of Wales.  Those caught not wearing a seatbelt face a fine of £100, or if prosecuted could face a maximum fine of £500.

The campaign will be educating road users on the importance of seatbelts, encouraging non-compliant people to change their behaviour and attitude towards seatbelts and enforcing against the minority who refuse to comply with seatbelt laws, putting themselves and others at risk.

Lee Waters MS, Deputy Minister for Climate Change, said, “I am very pleased to support the NPCC seatbelt campaign. Road traffic collisions can happen at any time so it is vital that everyone wears a seatbelt on every journey, however short. It is a simple thing to do but it saves lives so remember to ‘buckle up’ and be safe.”

So, before you turn the engine on, make sure you and your passengers wear a seatbelt. The smallest thing can have the biggest impact and really could mean the difference between life and death. Belt up and keep safe on the roads of Wales.