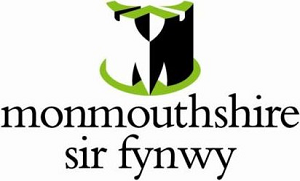 New 20mph zones are being introduced by Monmouthshire County Council this month. The first of these projects will see Abergavenny, Llanfoist, Magor, Undy, Caldicot, Portskewett and Caerwent all lowered from 30mph this month as part of two Welsh Government funded pilot projects.

Plans for the introduction of pilot 20mph zones across Monmouthshire were raised at Monmouthshire County Council’s full council meeting last December. This follows the announcement in 2019 by the First Minister that 20mph should be the default speed limit for all residential roads in Wales.

New 20mph zones are also proposed for Monmouth and Wyesham, Mathern, Devauden, Shirenewton/Mynydd Bach and parts of Chepstow. It is also proposed to make the trial Bulwark/Thornwell 20mph zone permanent. The Tintern and Raglan 20mph zones have been extended for a further period of up to 18 months, before the end of which consideration will be given to making them permanent.

The proposals form a key part of the Welsh Government’s policy for Road Safety and Active Travel by aiming to create a culture for slower speeds, reducing the number and severity of road casualties, supporting alternative travel modes such as walking and cycling by making the roads less intimidating to non-motorised vehicle users and benefitting physical and mental wellbeing.

What does this mean for the Abergavenny pilot area?

What does this mean for the Severnside pilot area?

Councillor Jane Pratt, Cabinet Member for Infrastructure and Neighbourhood Services, said: “By reducing the speed of our residential streets, we can create neighbourhoods which are shared more equally between different road users. We will create a safer environment, encouraging people to walk and cycle and enjoy spending time in their neighbourhoods.”

Monmouthshire County Council will be consulting on further proposed 20mph zones later in 2022.